None other than British comedy icon Victoria Wood!

… and Nicky’s no exception! Another one from Instagram (thanks @Kevin2Kane!). Tag us at @TeaAndSympathyNYC. 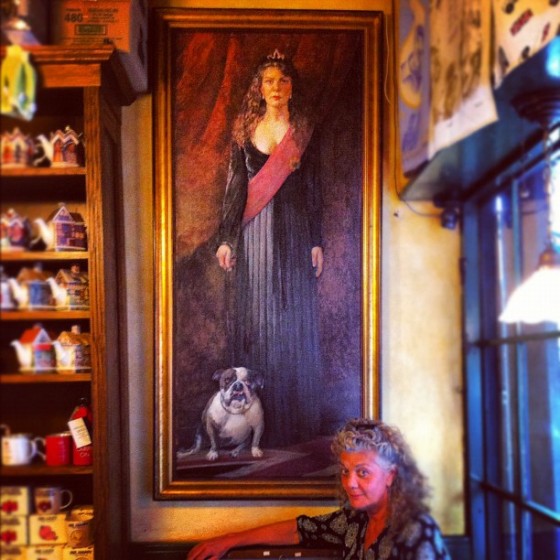 For this week’s British Pantry, we’re paying due respect to Marmite. ‘You either love it or you hate it’, apparently. We bloody love it!! Here’s Nicky with a fantastic piece of Marmite pop art – and below we’ve picked our top five limited edition products featuring the deliciously gooey black stuff. 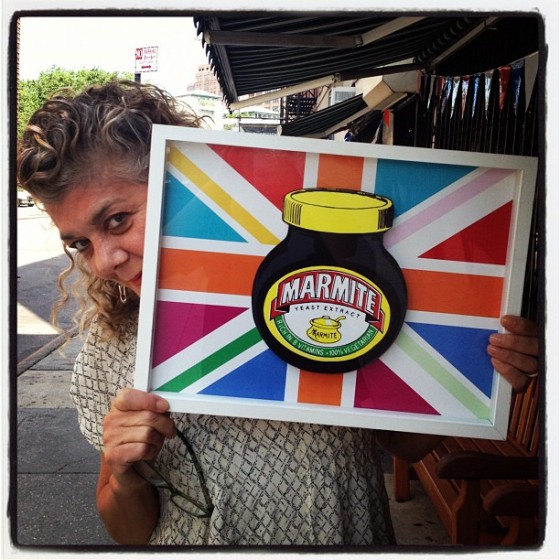 We’ve featured this one before. Produced especially for the Queen’s Diamond Jubilee earlier this year. 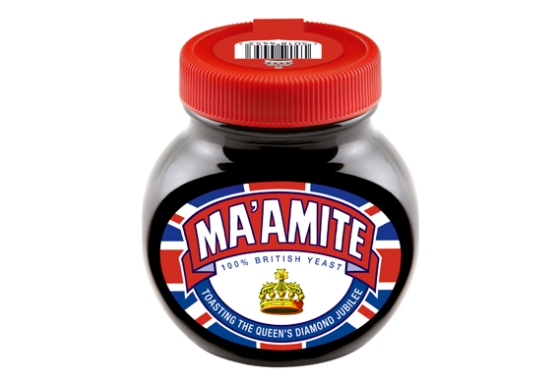 If you ever wanted a kiss from us, here’s your secret weapon!!

This would have been top spot, but unfortunately it’s just a joke!

Two of our all time favorite flavors. In one jar. Heaven!

None other than Gary Oldman’s mum stopped by for a cuppa and a natter the other week. Nicky and her go way back, and they can both talk until the cows come home. There was barely a moment to take this picture, but we couldn’t let the moment pass!

Another trip down memory lane for you, and a bit of a bizarre. Here’s Nicky, four months pregnant posing with an Austin Powers impersonator and our black London taxi. We’re sure there’s a great story behind this, but it’s been long forgotten!

For this week’s trip down memory lane, we’ve got a beauty of a photo for you. The absolutely fabulous Joanna Lumley stopped by to show her support for Tea & Sympathy. As lovely as she is gorgeous, we’ve kept in good touch with Joanna since this photo was taken. 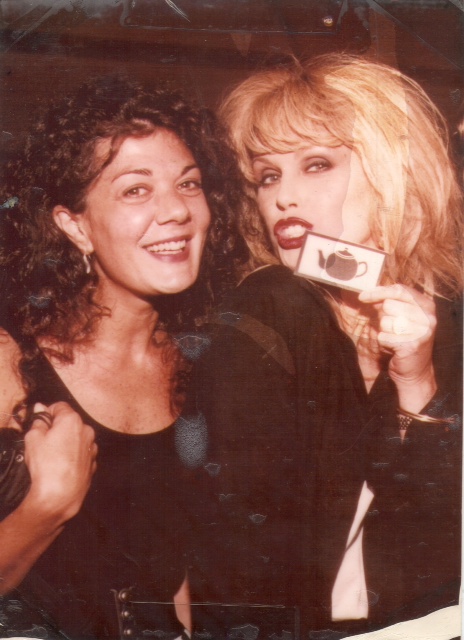 After the success of Nicky’s dad last week, here’s Nicky’s Mum! You can see where Nicky got her risk-taking gene from!! 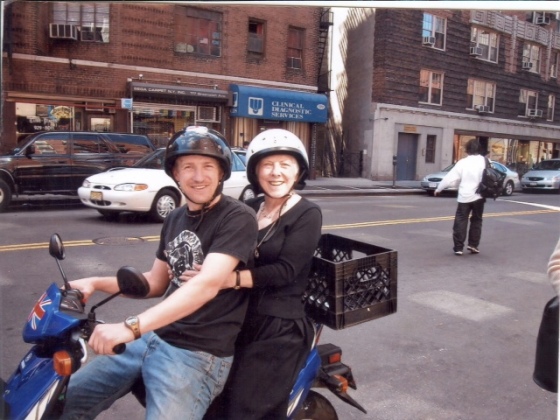 So, the Nineties are back in apparently? Well we were there the first time round and we have the photos to prove it. Here’s Nicky c. 1993, posing outside Tea & Sympathy for the Boy George fan club magazine. A gorgeous black and white shot – and she hasn’t aged a day! 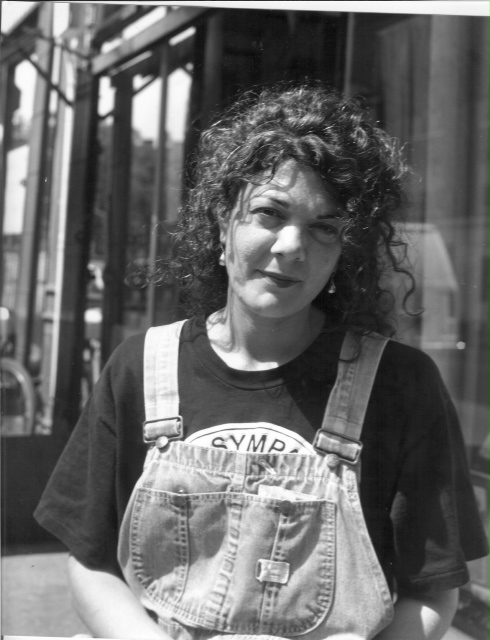 We’ve got a piece of family history for you today on the blog. Here’s a picture of our dear owner (matriarch to the British expats of NYC, unofficial consular-general and shoulder to cry on for these missing home), Nicola Perry with her sister Louise and her dad Ted on the day he received his MBE.

Check out that handbag!

Ted was a truly remarkable man. After a successful career in the music industry, he founded Hyperion Records in 1980, a classical music label that went on to great success. Here’s an excerpt from his obituary in the Guardian:

“Ted Perry, who has died aged 71, was one of the most industrious and admired characters in the recording industry… [Hyperion Records] became one of the most important of independent companies, adopting an adventurous policy entirely inspired by Perry’s intuition as regards making rare repertory popular. Many thought that his enterprise was foolhardy, but right up to his death, he proved them wholly wrong; there was and is a public for the unusual when presented with discernment.”

He was awarded an MBE by the Queen in 1990 for services to music. Let’s see if Nicky will one day follow in his footsteps to Buckingham Palace! 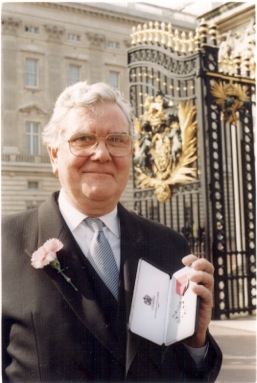 Today’s your last chance to share your favorite piece of Cockney rhyming slang with us and be in with a chance of winning tea and scones for two and a tin of our Rosie Lee own brand tea to take home. It seems the perfect opportunity to share with you one of our most cherished items, which has a very strong Cockney heritage: a framed collection of signed postcards from every single member of the Eastenders’ cast!

For those who haven’t seen it, Eastenders is a soap opera set in the fictional East London borough of Walford. Its 27-year run on the BBC has seen more murders, cheating and philandering than the Old Testament – and it’s still going strong. Based in the heartland of Cockney London, it’s an ode to traditional working-class life in the capital that Dickens would be proud. 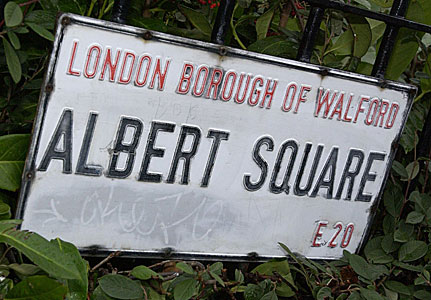 So how did this priceless artefact come into our possession, you ask? Well, here’s how. One evening a couple of months back, Nicky heard her phone ring at some antisocial hour which she knew meant the call must be from the UK. As New York City’s unofficial British consular, she answered entirely unperturbed. “Nicky, it’s Big Mo!” screeched the distinctive voice down the phone.

Big Mo, played by actress Leila Morse, is a 10-year veteran of Eastenders, who provides the unique blend of light entertainment, mouthy charm and petty crime that – now we come to think of it – is the genetic code of the archetypal affable cockney. Having known her and her mum for a good few years, Nicky was blown away to hear all the news from London – and at the end of the call, Leila said she’d pop a little something in the post. It now hangs pride of place in the store next to the restaurant.

An interesting piece of trivia – Leila Morse is sister to Gary Oldman! And while BBC America well and truly let us down a few years back by axing the show, it’s not hard to find with some nifty googling. In the meantime, here’s a clip of Big Mo in action – and for fans of Ricky Gervais’s Extras – yes that’s ‘Barry from Eastenders’!